Use the mouse to click on the spin button to start rotating the slots. 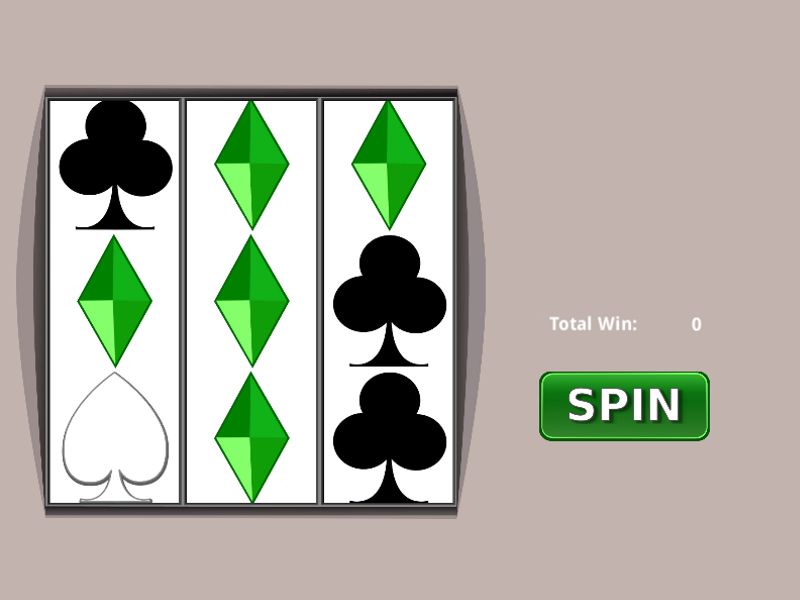